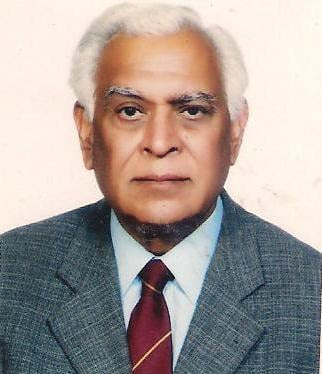 Dr. Muhammad Mukhtar Ahmed is Pioneer Retina surgeon of Pakistan. His meticulous services have been recognized within the country as well as abroad. He has earned several National & International awards, including Pride of Performance awarded by President of Pakistan. He was also given Life time achievement & living legend Award.

He has served in various assignments and appointments in Pakistan and remained associated with number of Institutions in Pakistan. He is Medical Director of Al-Ain Institute of Eye Diseases. He is Chairman of Ethical Committee Ophthalmological Society of Pakistan since its inception. He is Medical Director (Honorary) of LRBT, and also Member Board of Trustees of LRBT Pakistan. He has been Head of the Eye Department Liaquat National College. He also is Examiner / Supervisor for the Vitreo-Retinal Fellowship of College of Physicians and Surgeons of Pakistan.

He was the First President of Vitreoretinal Society of Pakistan. He has been the President of Ophthalmological Society of Pakistan Karachi branch. He was also Head of Adamjee Foundation Retina Clinic and Vitreo retinal department of Al-Shafa trust eye hospital Pindi. OSP has installed an ethical gold medal in his name as “Dr. Mukhtar Ethical Gold Medal.” It is given to any ophthalmologist whose practice is adjudged as the best ethical practice.