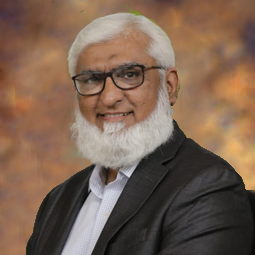 Mr. Zubair Razzak Palwala was born in March 1964 at Karachi. He completed his basic education from BVS Parsi High School and D.J. Science College. After completing Bachelor’s in Commerce from University of Karachi, he joined A.F. Ferguson & Co. Chartered Accountants. He completed the article ship in 1991 and passed the intermediate examination from ICAP. Further, he completed his MBA in 2003.

Mr. Palwala has actively participated in one of the biggest acquisitions in the history of pharmaceutical industry, on leverage buy out (LBO) basis, whereby, borrowings were arranged at Rs. 11 Billion.

He served 3 years in Philips Electrical Industries of Pakistan after which he joined IBL group in 1994 and since then he is affiliated with the said group. Mr. Palwala led the First UDL Modaraba and had also supervised the retail business i.e. Habitt, Dunkin Donuts and carried variable portfolios such as Chief Financial Officer, Company Secretary of The Searle Company Limited, Group Director Finance for various group companies & Managing Director of United Distributors Pakistan Limited.

He had been the Member, Vice Chairman and Chairman of Modaraba Association of Pakistan and attended various national/international investor conferences including Pakistan Investment Conference.

Mr. Palwala is a Certified Director having completed the Directors Training program conducted by the ICAP.