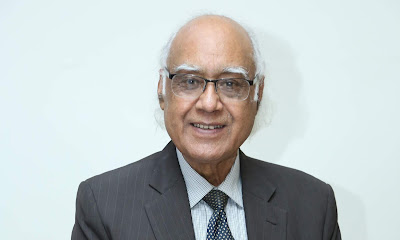 Mr. Tasneem Ahmed Siddiqui, a retired civil servant (CSP of 1965 batch), holds an M.A. in Political Science and an M.A. in English Literature from Sindh University. He also holds a Master’s degree in Public Administration from Kennedy School of Government, Harvard (USA). During his career in the civil service, Mr. Tasneem Siddiqui held some key positions including Director General (DG) Excise & Taxation and DG Sindh Katchi Abadis Authority, Secretary Industries, Secretary Public Health Engineering, Additional Chief Secretary (Local Govt.) and Chief Secretary Sindh. In addition to being a senior board member of PPHI, Mr. Tasneem Siddiqui is currently Chairman Saiban-Action Research for Shelter which has developed housing projects for low-income groups popularly known as Khuda-ki-Basti. He also works for ‘Orangi Charitable Trust’ and other notable NGOs.
Posted by Chief Editor at 11:03 AM