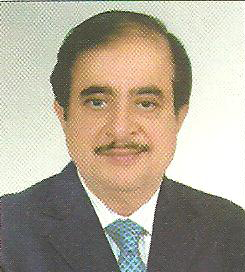 Mr Jahangir Siddiqui founded JS Group in 1970 and led the group to become one of the largest and most profitable business houses in Pakistan with over 20,000 employees.
He retired from executive duties at JS Group in 1999 but remains an Advisor in which capacity the Group is able to call on him to seek guidance on strategic matters. He also serves as Chairman of JS Bank Limited.
In the past he has served as a Member on the Economic Advisory Board formed by the Government of Pakistan in 1999 and the Exchange Reforms Committee of the Government of Pakistan which opened up Pakistan’s capital markets to foreign investors.
Mr Siddiqui was a member of the Karachi Stock Exchange from 1970-2001. He also served as a member of the Privatization Commission when it was formed in 1991. He was elected President, Karachi Stock Exchange in 1990 and 1991.
Mr Siddiqui serves on various Government of Pakistan boards and committees, in particular those related to investment, taxation and finance. He advises the Government on various matters.
He serves on the boards of a number of Pakistan’s largest companies and dedicates time to two charitable foundations affiliated with JS Group.
Posted by Chief Editor at 8:47 PM